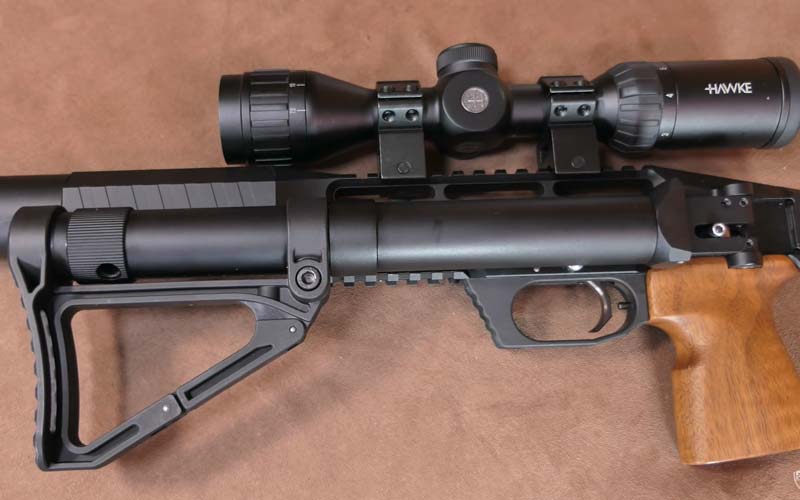 I’m sure you know how it is.

When you feel so interested in a hobby, like, say, an air rifle shooting… but then you do your research and all you see are high end air rifles with a jaw-dropping retail price.

Why are Air Guns So Expensive? Is the price worth it?

Well, nobody can probably answer that with a simple one-line answer, with the first reason being that expense is actually very subjective.

What’s expensive for me can be cheap for some.

But then, with mostly four-digit price tags, it’s safe to say that air rifles are generally expensive.

Air rifles have had a slow but steady rise to popularity.

Greater than air airsoft or a paintball guns but not quite as much as a firearm, an air rifle lets you shoot ‘like’ with a firearm but with more safety than the real thing.

That alone can be a reason for its expensive price tag.

But then, there are numerous factors that make it so.

So in this little guide, we will go deep into the factors that make the air rifle as expensive as it is today.

Ready to have a blast?

As mentioned earlier, there are more than one factors that contribute to this beast of a toy’s deluxe price range.

Read on to understand how it came out to be.

As with any other product, one of the main contributors to an air gun’s retail price are the materials used. As it turns out, airguns use materials that are mostly premium ones.

It’s almost, if not impossible to find an air pellet rifle that’s made of plastic. While it may sound like comparing apples to oranges, other hobbies that use toy firearms almost always use plastic ones.

It’s not the case for air guns, though.  Most are made of metal, and if there’s plastic in them, it would be just the linings or trimmings.

…aside from metal, most deluxe airsoft guns have wooden bodies.

Woods for airguns are generally seen as extra-fancy and deluxe. Aside from the sturdiness of these wooden materials, they also lend the air arms a look and quality of elegance and timelessness.

…some manufacturers are finding more ways to keep the production costs of these wood parts much lower by using synthetic or laminated woods.

As a result, you can now find air weapons that are much cheaper than the older editions.

That being said, although they’re much cheaper, they’re still more expensive than other shooting toys.

Did you know that airguns, especially PCP types, are mostly more expensive than powder burners among many other types of firearms on the market?

The reason for this is because the overall build of air weapons is more complex compared to a powder burner.

Painstakingly developed from the first PCP through the years, an air-gun is powered by compressed air in an air tank that pushes and propels the projective or the pellet forwards while spinning towards the field target.

What makes it expensive?

Well, companies that manufacture airguns need way more materials and components such as a longer barrel among many others that sometimes aren’t present even in firearms.

While you can pay the same price for a rimfire rifle and a high end PCP, the air-gun will prove to be much more superior in most cases.

…this type can be the more accurate gun, too. This applies not only to rifles but pistols, as well.

Given that the majority of air firearms owners are serious collectors and users, a new rifle won’t be complete without the accessories.

…because top end PCP units are as expensive as heavily regulated firearms, accessorizing them costs more, as well.

If you’re thinking of stickers like decorative decals, well, you’re not wrong.

But the kind of sticker that most serious users look for is the functional stickers.

You can stick one in your gun’s scope as it will help greatly with the accuracy as you point and shoot.

And no, stickers don’t cost a fortune, although of course, they’d be more pricey compared to decorative ones, if that’s what you’re thinking of. They should also have better quality so that your sticker guide won’t fade even after a long time.

Airguns can be dangerous if not used or handled right.

If airsoft players wear these thick protective masks during a game, airgun users should do so as well- more than any other players, actually.

Airgun pellets are heavier than airsoft BBs. These pellets are mostly made of lead or steel and can injure if not used properly.

That’s why airguns need masks to go with them, too. And tougher and harder ones at that.

Of course, this dynamic gun’s premium prices  won’t be without great customizability.

Some airgun models can be customized to be able to store higher pressure so you can have more ammo shots.

And talking about ammo…

Make sure to use the right type of ammo for your airgun to maximize its power and capabilities, getting more money value out of it, with your main goal in mind (are you using it for plinking? Target shooting? hunting?).

If you compare cheap models to the “OG” ones, as enthusiasts would say, the good old ones would have the capability to be upgraded when it comes to railings so you can post attachments more than the original model would allow.

Of course, if this would happen years ago, all of these would increase the cost of your airgun expenses quite considerably.

As luxurious as everything seems to be when it comes to owning an airgun, more and more makers are starting to find and make new ways to produce a supply of equipment and accessories that are much cheaper in comparison to the very first units.

Perhaps it’s their way of making airguns accessible to more people on the market and increasing the demand. Who knows?

More Advanced The Gun, More It Will Be Cost

…well, you might wanna check out the current market today because, boy, the choices today are incredible.

Now you can have an airgun that reduces the noise coming from the compressed air as you shoot, as if they’re not quiet enough already!

There are also models with adjustable sights, reversible bolt-action with precision scope and less recoil among many other perks.

But of course, expect that the more advanced the rifles are, the greater the money to be served.

A fine example of this is the Benjamin Rogue NP2 SBD air rifle with its programmable electronic controls as well as shot count, or its more advanced version with the NP2 gas ram with SBD and CBT technological improvements.

Toys like these are more than just back yard buddies.

Wondering about the price range?

Compare these with the regular guns and these technological guns come with a big gap, coming around at a few thousand bucks.

Basically a small price to pay, if the airgun is your passion.

But then you can also choose to sell them at around this price.

Next to materials, this might just be the most commonly-acknowledged contributor to the high prices of airguns.

These bad boys are still being manufactured in small units because the market still isn’t very big.

So the makers have no choice but to increase the profit margin per unit.

They’re actually fewer than firearms, which is kind of a shame, really.

CONCLUSION: Why Are Air Guns So Expensive?

So is the cost of an average airgun really that expensive?

Well, let me just say that the cost and expense depends on how passionate you are about it.

One of the reasons why airgun manufacturers choose to add high price tags to these babies- aside from the factors mentioned above – is because they know that there will always be people who are always willing to jump the fence and spend thousands on them.

Always check the local laws first before getting one.

And do your research in the shop and online to get the best deal. 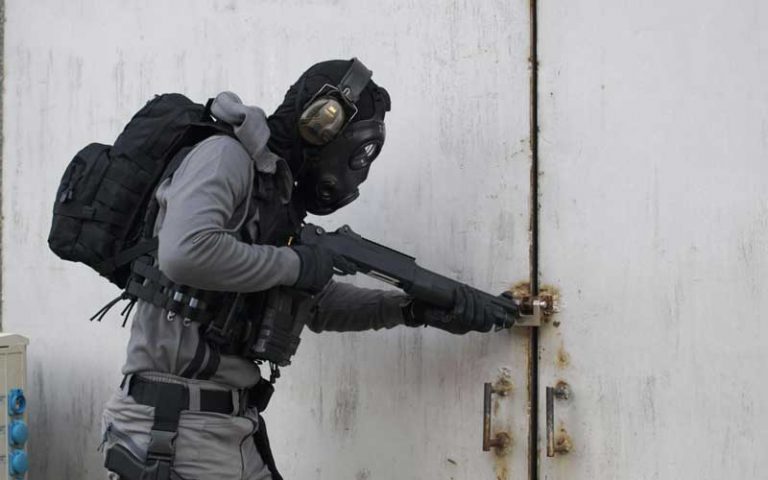 Playing airsoft is an entertaining activity. It’s also educational. It’s been used both for military training purposes and for fun. It’s a favorite for adrenaline junkies and people who just love to run around with guns and pretend they’re in the heat of the war. 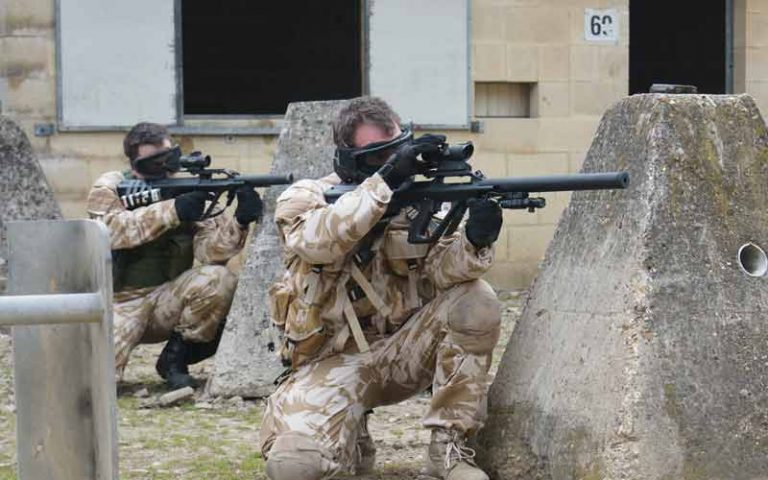 We have all the details right in this article! We’ve gathered our collective knowledge about airsoft guns, especially what worked best for us as beginners. 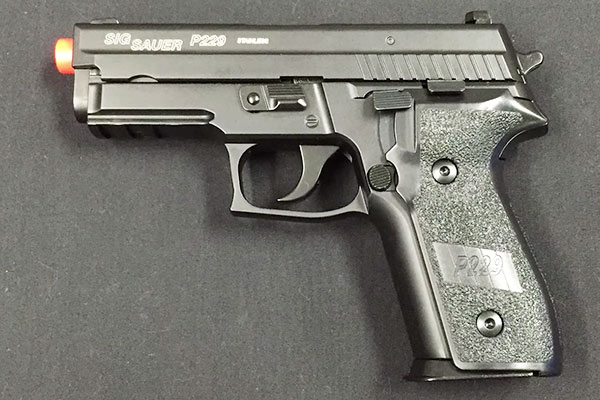 This is the only complete Sig Saucer ProForce P229 review you will ever need.  Anyone who is in the armed forces knows the importance of training with a gun. Getting familiar with…

This is the only complete definitive Soft Air Kalishnikov AK47 Review you need.  If you’re an experienced airsoft player and you’re looking to add some authentic variety to your armory, probably the… 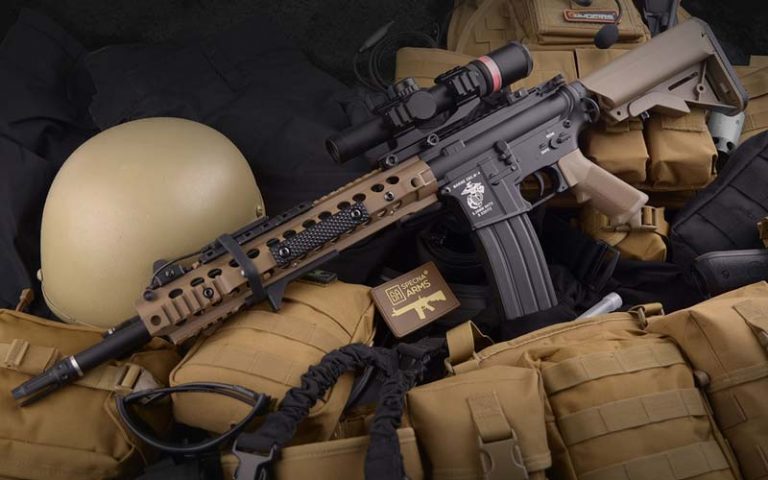 What’s one of the most common questions when it comes to an airsoft gun?
Allow me to answer that…
How far will the BB travel?
Well, the answer depends on quite a few factors. If we consider a 200 fps airsoft gun, the actual range will depend on the type of the BB, gun design, and performance of the hop-up system. 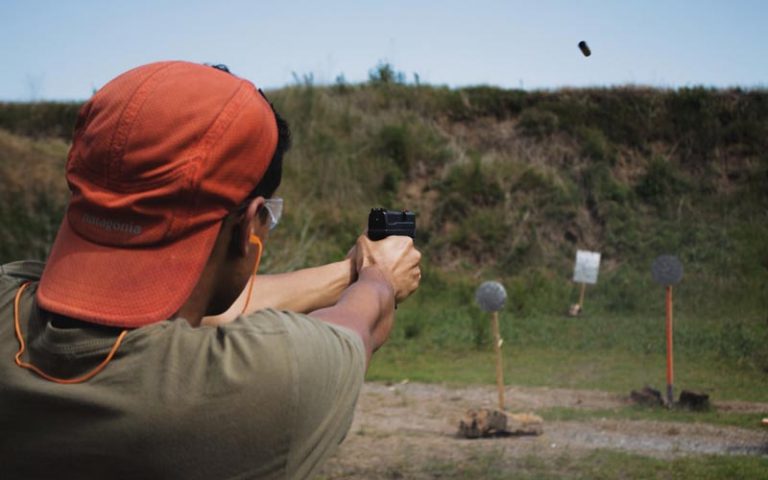 This spring powered airsoft pistol is the best you’ll find at that price for casual gaming. You’ll enjoy its manual firing mechanism, which makes it unique.
So if you want to know how the gun really functions, and how suitable it is for target practice, you’ll love this guide.