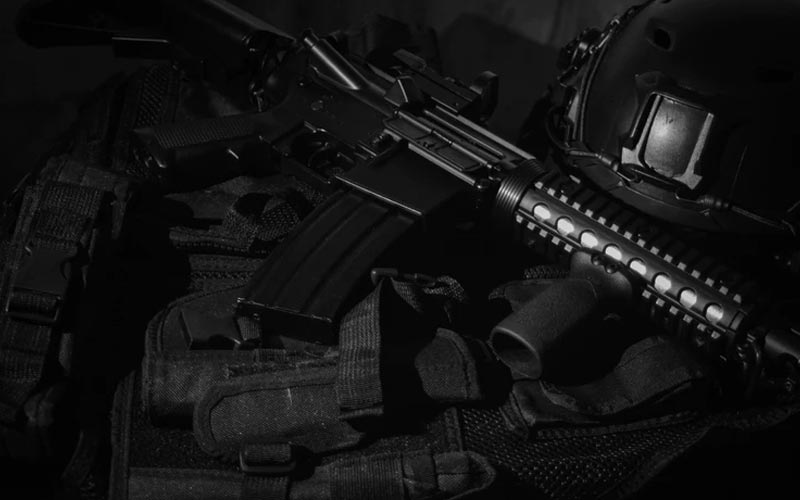 Do you know that you can go beyond 400 FPS in Airsoft?

But stop right there.

What is a high FPS For Airsoft Guns One of the mistakes most airsoft newbies make is looking for and choosing the high FPS guns.

Is it not the point to have a powerful airsoft gun?

If that’s what you’re thinking right now, then you need to know the things I’m going to cover in this mini-guide!

FPS is not everything – but it sure is a strong factor.

We will also be looking at other issues, components, and accessories that can affect the power of your airsoft gun.

So let’s not keep you waiting.

Q. What Does FPS Mean In Airsoft?

FPS only means the speed of the BB as the gun shoots and it leaves the airsoft gun’s barrel and eventually, the muzzle.

FPS or muzzle velocity is calculated by adding up the power of the airsoft gun itself and the BB weight, because how heavy or light your ammo is will also affect how fast and how powerful your BB will travel.

While FPS is certainly not everything and won’t make you a champion on its own, you’ll definitely need higher FPS guns if you’re using much heavier BBs, because the heavier BBs are, the slower they can move.

And the slower they move, the weaker the impact of the BB is. There’s also a bigger chance that you’ll miss your target if you’re using a lower FPS gun.

Wait, did an insect bite me? Oh, it’s a BB? You shot me? Sorry I didn’t realize.

The standard FPS that most airsoft fields accept is around 250 to 350 FPS.

Anything lower than that could ruin the whole airsoft game and anything much higher can potentially hurt or even injure people, so watch out for your airsoft guns FPS if you’re planning to play in a field.

But that’s not all.

The standard mentioned above isn’t the fixed cap FPS for all airsoft fields around the world. It also depends if you’re playing indoors or outdoors.

A typical indoor field limit is 350 FPS while outdoor fields have a higher FPS gun limit which usually ranges from 350 to 400 FPS.

So why not just get the highest FPS airsoft gun?

Well, aside from FPS is not the only factor you should consider, and you might even be rejected from playing in an airsoft field with deadly powerful FPS guns…

….and of course, the FPS limit of the field you will be playing in.

Aside from your BBs, there are also so many factors that can affect your airsoft performance.

And that’s what we will be exploring next.

You’ve most probably heard seasoned airsoft players talk about the importance of your BBs in your game.

While it isn’t always the case, this only illustrates the effect FPS has on your BBs.

As I’ve mentioned earlier, it’s literally the power and speed that pushes the bullet out of your gun.

So you’ve heard that the heavier your BB is, the more powerful your shots will be.

But aside from FPS and BBS, there are also other factors you want to look into if you are aiming for a powerful shot in your game.

And that’s what we’ll be talking about in the next sections.

Let’s look at another example.

You can have a 350 FPS airsoft rifle with 0.49 grams of BB and the same rifle but with the standard 0.20 BB can hit the target within 60 meters faster than you do.

Yeah, that’s kinda a turnaround of what we’ve talked about earlier!

…the heavier your BBs are, the slower they will move and travel towards the target. Also cheaper BBs are made from lighter weight material that’s more susceptible to going off course.

In that way, your BB also affects the FPS of your gun. A heavier BB can hit your target with a much heavier “punch” or impact than a lighter BB.

Your lighter BB can travel faster but with less impact on the target.

As was mentioned above, a lighter BB can hit the target way faster than a heavier BB.

But what makes it tricky…

…is that lighter BBs tend to be more inaccurate in hitting the target than heavier ones.

In reality, the lighter the BB is, the inaccurate it tends to be. Not to generalize, but lighter BBs can get blown by the wind, displacing them away from the target.

Of course, you can always play with lighter BBs in indoor fields where natural variables such as the wind, won’t get in the way of hitting the target and bringing home that bacon.

Q. What Is The Recommended FPS For Different Types Of Airsoft Guns?

In most common cases, an airsoft player, especially if he plays with an airsoft sniper rifle, keeps a pistol or revolver as a secondary weapon, and for close combat. For that, you don’t need much FPS. 250 to 350 will do.

As mentioned earlier, for outdoor fields, you’ll want a greater FPS for your AEGs. While there are 500 FPS airsoft guns, I wouldn’t recommend that as it can hurt real bad.

That is, if you want to get banned by the local airsoft station.

If you’re looking into playing with sniper rifles, then you have all the right to use 400 to 500 FPS guns as snipers shoot through long and wide distances. Most snipers have very strong springs or concentrated gas along with the metal barrel assembly and barrel length, which helps in launching your BBs across a great distance with high velocity.

Like pistols, shotguns are also used in close-quarter combat. For that reason, you don’t need too much FPS. 280 to 350 FPS will get you through.

Q. What Are The Airsoft Guns With Highest FPS?

If we’re talking about real power, the Novritsch SSG24 Airsoft Sniper Rifle is a real beast with FPS up to 650.

If I’m going to recommend you a high FPS airsoft gun, it would be the 550 FPS spring bolt action sniper rifle gun with a scope from BBtac.  Thanks to its longer inner barrel length and rear iron sights, this is a beast of a primary weapon in the field.

Not all powerful guns are snipers. You can also have a badass pistol with 500 FPS power, like WG’s 1911 non-blowback CO2. It doesn’t have a full metal body but its internal parts are metal and are able to take the heavy blow from every BB hit.

Conclusion: What Is A High FPS For Airsoft Guns

Wrapping it up, FPS is not everything. There are so many factors that can affect the performance of your gun, your BB, and yourself.

Research is not the only important thing if you’re looking into playing airsoft.

Passion should be there, too.

It’s what will push you to learn the ins and outs of the sport.

For more airsoft facts and trivia, zip over to Airsoftnut’s social media and join the discussion today! 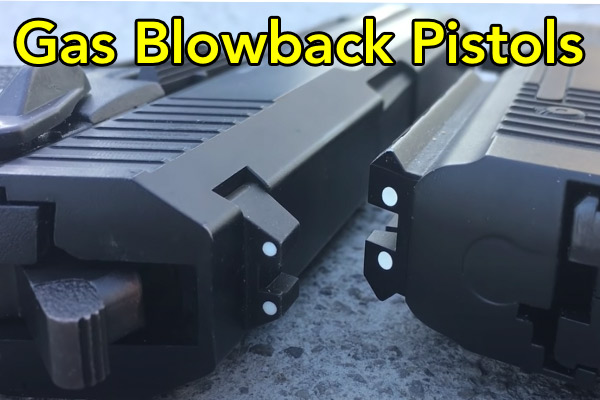 Playing airsoft can be seen as just playing with toy guns. It’s somewhat true, they are toy guns in the sense that they are not real firearms. Most airsoft pistols are replicas… 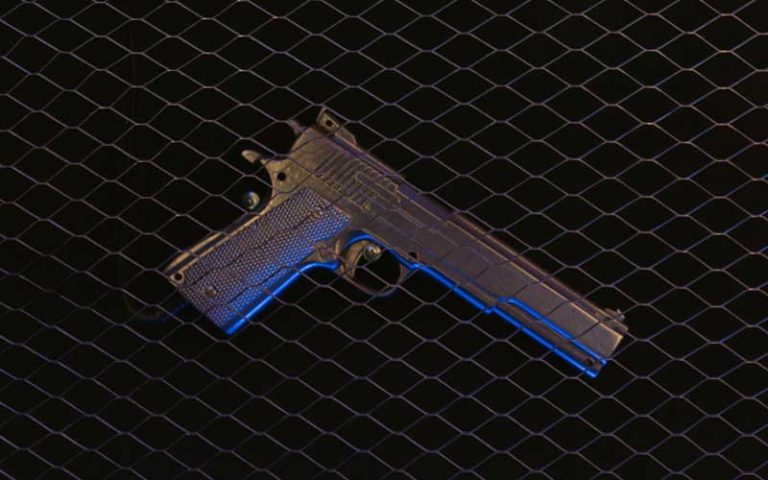 There’s a lot of reasons to say yes to your question, comrade. Whether it’s an airsoft rifle or a pistol, you’ll love getting a blowback. When you shoot one, it would be just like holding the real thing. 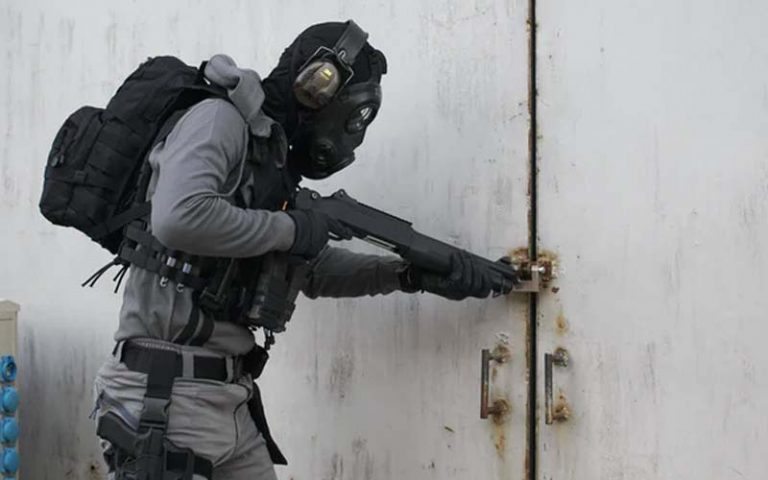 Airsoft is a recreational game that involves simulated combat with guns using BB pellets as bullets.
Airsoft nuts do not like to hear this, but airsoft sport is similar to paintball. Both games involve players running around a field, shooting projectiles at opponents. 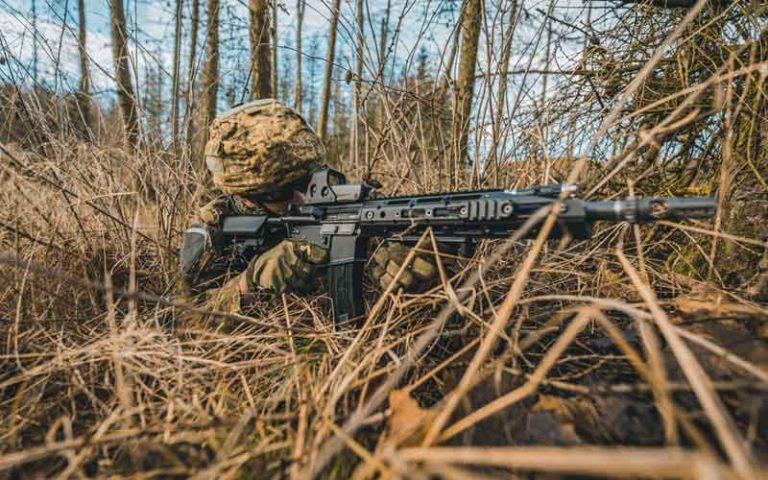 Airsoft games are pretty exciting, especially when your shot gives you fantastic range and accuracy.
As a team member, you’ll want to play your part by making sure your BBs fly high and you cover good ground to achieve winning results. 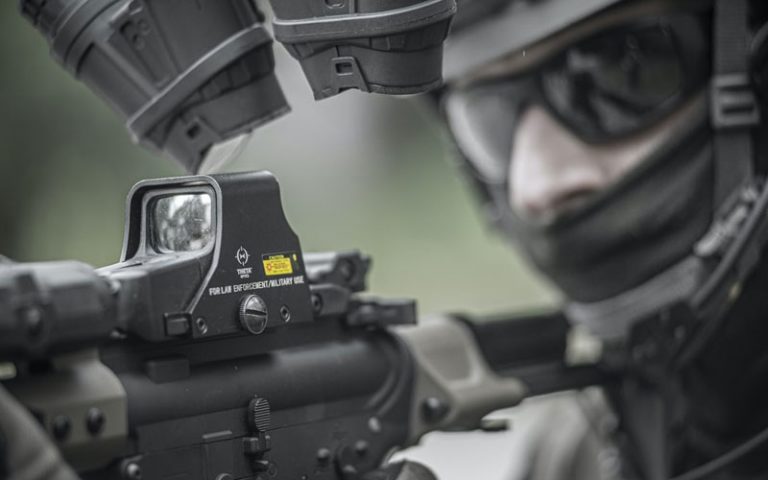 After rigorous research and testing, we’ve concluded that this rifle gave us top-notch performance at a great price.
Airsoft skirmishers can depend on its durability level to win at airsoft battles. While cutting costs, you neither lose out on the excellent quality nor pick up an airsoft gun that’s a challenge to use.
Combined with features like the adjustable hop-up and adjustable cheek rest alongside the lightweight polymers of the Asg m40a3, you’ll hunt down targets easily. 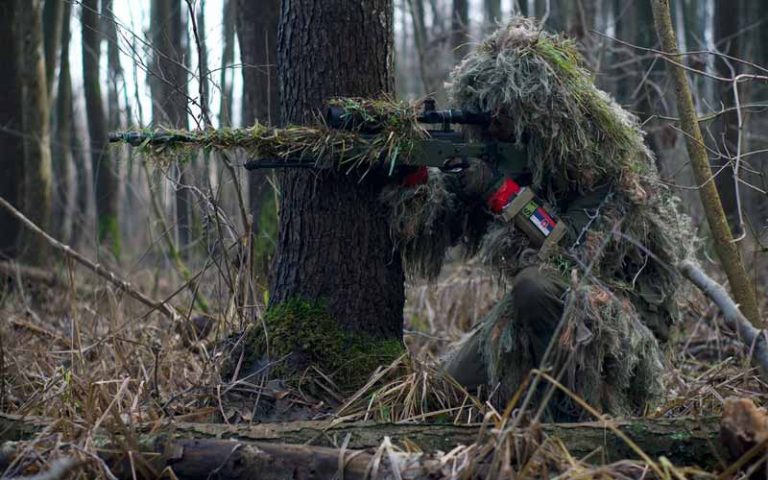 Airsoft guns are replicas of real firearms for playing Airsoft, hunting, and training. But you need to know how much power they have.

As an Airsoft addict for over three decades, I know that beyond hunting birds or squirrels, you’ll want to know what it takes to bring down a bird, the rules surrounding hunting, and how appropriate and effective airsoft weapons are for killing animals.