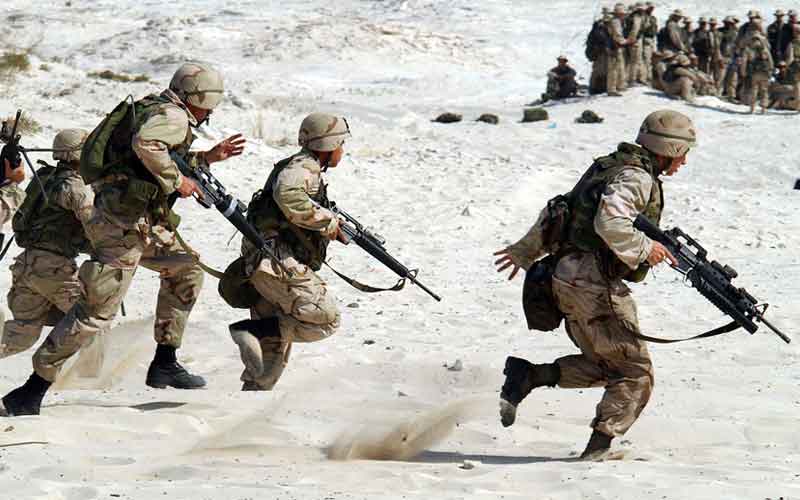 There’s what we call the FPS (stands for feet per second). And then, there’s such a thing called FPS caps.

It’s the limit to the FPS allowed for the players’ airsoft guns. And these FPS limits are different for each type of airsoft field.

… that you get the highest FPS that you can. That means the higher end of the limit and the highest that your chosen type of airsoft gun offers.

That said – there’s still a lot to consider about airsoft FPS.

We can tell you what a good airsoft FPS is. You will know What Is A Good FPS For Airsoft. Generally, it’s around 350 FPS to 400 FPS.

But the best FPS for you…

… is a different story. It all depends on the aspect of the game or the airsoft gun that you prioritize. So in this article, we decided it would be helpful to lay it all out for you in full detail.

We’re going to talk about:

WHAT IS THE IDEAL FPS FOR AIRSOFT?

There are two different types of airsoft fields requiring different player skill sets and airsoft gun specs. That includes, of course, the FPS limit for each field.

Adhering to the airsoft community guidelines has very drastic effects on your game – and it might even save lives.

Here we’d like to explain what and why you can only go so far in terms of FPS on each field.

If you only have non-human targets, then go as high on FPS as you like. Especially when you’re hunting because you’ll need the maximum accuracy you can get.

If you have a friendly game with human opponents, then you might want a low FPS gun. Just to be safe.

Or better yet, just stick to the FPS caps.

Outdoor fields limit the guns from 450 to 550 FPS. It’s higher than the indoors because players have to shoot their opponents from afar.

But some places even lower down the maximum to 400 FPS. In which case, you’ll have to stick with that, or else you won’t be playing at all.

An airsoft player usually takes a bolt action sniper rifle as their primary weapon. That gun type can go as high as 700 FPS.

If you can’t negotiate with the local rules, you’ll have to find yourself another gun.

Indoor fields have lower FPS requirements than the outdoors. That’s because the risks of being injured are higher within close quarters.

Muzzle velocity of 350 FPS is already acceptable. It’s the average FPS that most players prefer when playing in close-quarter combat.

You’ll find this usually with airsoft pistols or revolvers. However, you’ll commonly just use them as backup firearms for your sniper rifle.

But there’s another type of airsoft field to play in.

There are airsoft enthusiasts that organize their own game. You can do this either in an indoor or an outdoor field.

In this case, again, it’s best to stick to the local field rules.

The lines are there for the best reasons, anyway. But if you’re going to tweak a few things, all players should agree, and all the safety precautions should be done.

WHAT DOES FPS AFFECT?

FPS is only one of the specs that need considering in choosing airsoft guns.

When buying your airsoft weapon…

… you’ll be asked about the material you prefer, the compression, barrel length, hop up, etc.

All of those factors affect power, range, and accuracy. And those three, in turn, affect your performance.

For this particular article, we’ll tackle what FPS can do to those three aspects.

For most beginners, understanding power and FPS is like figuring out the chicken and egg situation.

Let’s define both of them then.

FPS means the velocity – or how fast – the BB travels as it leaves the airsoft gun’s barrel. Since airsoft guns are replicas, FPS is measured the same as a real firearm’s muzzle velocity.

A different metric system uses MPS or meters per second.

Power is the measure of how much kinetic energy the BB has as it leaves the barrel. It’s the maximum kinetic energy released when the BB hits the target.

The faster the BB, the harder it hits.

As the ammo travels, it loses the energy that it originally had. So if it travels slower, it loses more energy.

But take note of this:

A really powerful shot might be an advantage in real-life combat – but not in airsoft.

We’ll explain this further in a bit…

With the range of the airsoft gun…

FPS is not the heaviest factor. But if you couple it with a good hop-up mechanism and the right BB weight for it – they all work wonders to the range.

So, higher FPS can help the BB fly further away without losing its power.

It means that your ammo won’t just reach the farthest point. Instead, it would travel a long way – straight and powerfully – before gravity pulls it back down in a projectile motion.

FPS has a bigger contribution to accuracy than the other two aspects – especially when coupled with the weight of the airsoft BBs.

There are pros and cons in using either lighter or heavier BBs. Most airsoft players prefer the heavy ones, but you’ll have to try it out with your hop-up system first.

That’s a story for another day.

The most important thing to know is that heavier BBs are more wind-resistant. In other words, they’re generally more stable in the air. So you won’t necessarily need higher FPS guns for them.

On the other hand, a high FPS will improve your accuracy when you’re using lighter BBs.

They’re less resistant to wind. So when the BB travels fast, there’s less chance for the wind to affect its trajectory.

Now, imagine if you have a wind-resistant BB traveling at high FPS. You’ll maximize the accuracy at which you can shoot your gun.

To get a better grip on this, you can read more about it in this article

IS A HIGHER FPS ALWAYS BETTER?

A higher FPS gun might sound more appealing – especially after knowing that velocity is proportional to power, range, and speed.

Are all of those pure advantages when in the field?

The best answer for this question is – not always.

If your priority is range or accuracy, high-velocity airsoft guns will give you an advantage. If you’re on a hunting trip, you might want to go as high as you can.

But when playing airsoft…

Safety – yours and your opponent’s – is the first thing to consider. This game is not known for zero risks.

Injuring people is not one of the game’s goals, so you have to note the right airsoft FPS to prevent that.

WHAT FPS CAUSES DAMAGE TO THE SKIN?

How hard can a BB hit?

The answer is based on the power range usually produced by an airsoft gun of a certain FPS. We’re not going to calculate kinetic energy for you in this article. Instead, we’ll base  It varies widely, especially considering the airsoft gun type.

But it could give you much pain on bare skin.

Imagine what it can do to your face at close distances.

Wearing protective gear is of utmost importance. Especially when playing indoor airsoft, where you’re going to fire at each other from a short distance.

Besides, eye protection and the right uniform will cause a big difference in your confidence. And that will also affect your performance.

But it’s not just indoors.

Even in the outdoor airsoft field, you also have to note the minimum engagement distance for the FPS of your airsoft gun.

You might’ve heard of velocity reducers and plan to just use them instead of buying a brand new gun with lower FPS.

That’s fine – but it’s banned in some airsoft fields because it tends to fail. If you use it for an extended period, you might find yourself with a weaker spring. That’s when it’ll start to malfunction.

Conclusion: What Is A Good FPS For Airsoft

The average FPS values that can improve range and accuracy – while at the same time don’t compromise safety – are 350 FPS indoors and 400 FPS outdoors.

Of course, many airsoft guns go way higher than that. Sniper rifles, to be specific. But more FPS doesn’t always mean more advantage.

You don’t have to learn that the hard way, do you?

Comrade, this is where today’s battle ends.

Your airsoft adventure still awaits you out there! 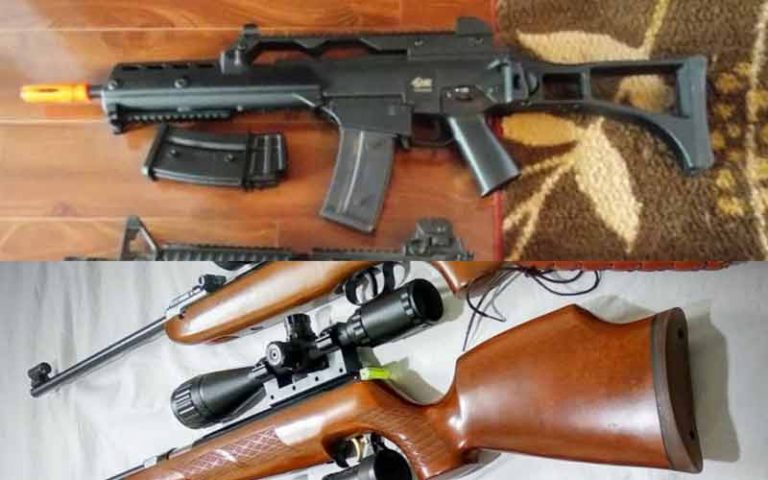 The first question that you should ask yourself is this: What am I going to use it for? Airsoft guns and air guns have very different purposes. One is for sports, one is for pest control. 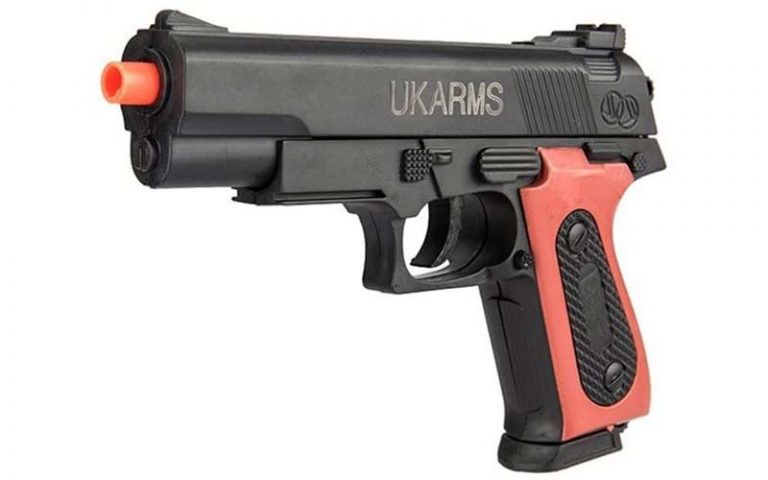 In our search for the perfect airsoft gun for everyone, we reviewed ten of the best products in the market.
Want to learn what we found?
We have just the right items that you need for a super-fun session of gaming.
News flash: The UKARMS P238 airsoft hand gun is a cheap but effective weapon for the newbies. 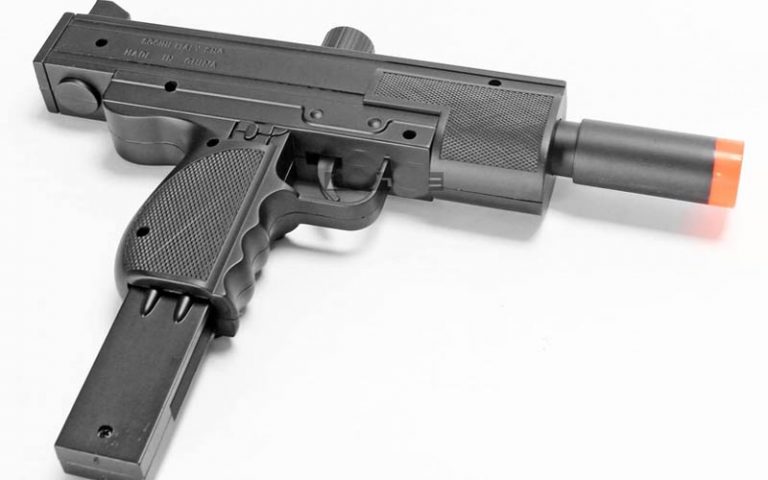 Wouldn’t it be great if an affordable airsoft gun offered just the right features you’re looking for?
Introducing the spring M36 SMGs airsoft gun. With it, you get just that.
Let me say this straight…
This isn’t a premium quality airsoft spring gun. 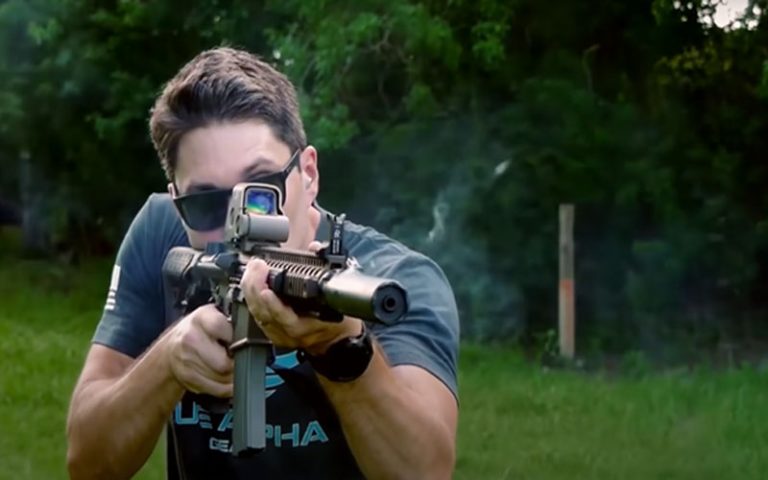 Hi, there airsofters!
How was your last airsoft game?
Did you bring home the bacon? If not, that’s fine – you still have your chance.
Just so you know…
More and more are into airsoft these days, and new and reformed airsoft guns from various brands continue to saturate the market. 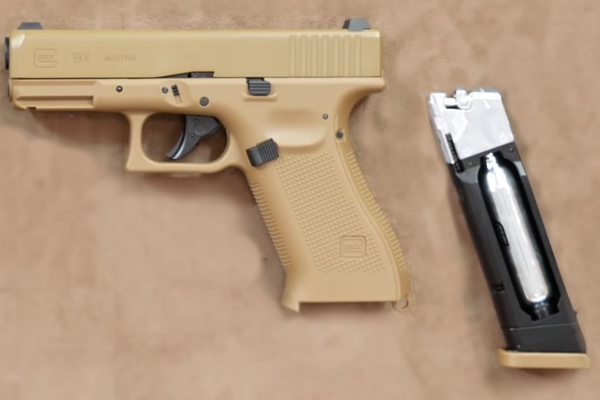 A complete Umarex Glock 19X review and guide made for airsoft enthusiasts and beginners alike.  In airsoft, to be able to survive, you need a lot of ammo. And it’s a fact:… 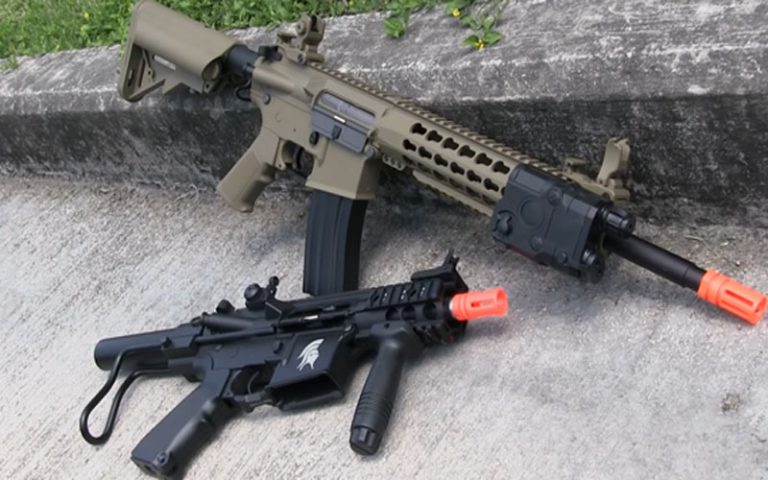 Chances are…
you just want to get to the bottom of the controversial name that is Lancer Tactical.
Or…
you’re new to Airsoft and looking for a good starter airsoft gun…
Lancer Tactical has come so far and if you’ve been around for some time, you’d know what happened in their first, second, and third-generation airsoft guns.
But if you’re not…
then this is the best time to find out. Lancer Tactical sure has one of the most interesting developments in the airsoft realm today.
And let me tell you now, many people see Lancer Tactical airsoft guns as good starter weapons!