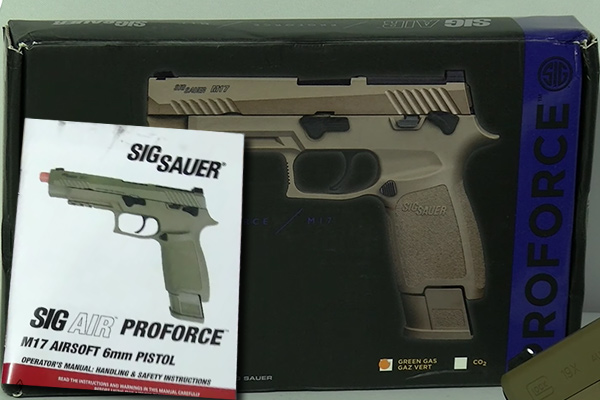 This is the ultimate detailed Sig Sauer ProForce M17 Review.

This article is a detailed Sig Sauer Proforce M17 review to help you decide if this gun is for you.

I love the fact that this is an official-looking M17 with all the markings that you would find in the real gun.

Sig Sauer did a great job of manufacturing this Airsoft pistol version, which makes sense because they are the manufacturer of the actual M17.

In this Sig Sauer ProForce M17 Review, we will cover:

So if you’re looking for more action in your shooting game, this article is for you! 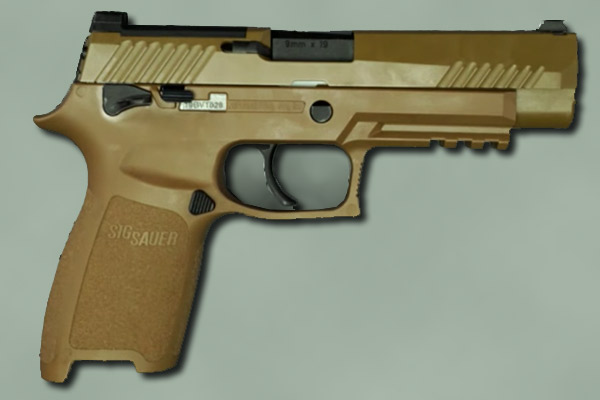 The Sig Sauer Proforce M17 is capable of being powered by CO2 or green gas.

This gun accepts a magazine specifically designed for either gas type.  If you’re looking for a faster shooting gun, the CO2 version is the way to go.

Things to Consider Before Buying an Airsoft Pistol

When you are in the market for a gun, you will find many available options.

Each specific gun, make, and model seeks to meet specific needs for specific users. Below is a quick guide to help you select the best Airsoft pistol to meet your needs.

Consider The Action (Gas or Manual)

These tend to be less expensive sidearms however they are more flimsy than gas powered guns and are limited in power and range.

Spring powered guns are not great for gameplay because of the slow rate of fire. Additionally, spring pistols may be harder for younger players to rack the slide before each shot.

Gas air pistols are powered by either CO2 or green gas.

These crystals tend to be little more expensive however, they have better power and range and are constructed better as well.

Green gas guns can be recharged in about 3 to 5 seconds.

CO2 guns need a new CO2 cartridge once the magazine is spent. Typically, a CO2 gun fires at a higher velocity with more power.

A non-blowback pistol means that the slide does not move or blowback during firing.

These are pretty inexpensive and they do not have any recoil action. These guns tend to have a heavier trigger pull, versus a semi-automatic pistol.

A partial blowback pistol has a slide that moves partially as the name implies.

These are usually CO2 powered guns. These guns are step up from a non-blowback pistol.

Gas blowback pistols have a slide that fully moves with recoil that mimics the real gun.

These guns have a slide rail that can be taken apart, cleaned, and maintained just as you would with a real gun.

…these are the most realistic Airsoft pistols and most fun however they also tend to be the most expensive.

Some of gas blowback guns will be exclusively CO2 powered, some will be green gas-powered, and there are some manufacturers that make guns powered by both types of gas.

When in the market for an airsoft gun, the things that you want to take into consideration are:

This gun has lots of ambidextrous features including the safety and slide release.

As if that’s not enough…

…the magazine release can also be reversible, however, that requires taking the gun apart and configuring it correctly.

The Proforce M17 is durable and is made of materials that are guaranteed to last for a long time.

Spare parts are also readily available should you require to replace any parts on this gun. The M17 airsoft training pistol comes in the same coyote tan as selected by the U.S. military.

These include children and mature lovers of shooting games.

Usage by children below 18 years, however, must be under the strict supervision of an adult and done with the appropriate protective gear.

This pistol comes with a unique pop-up adjustment feature designed by Sig Sauer.

They provide an adjustment tool with the gun to adjust the recoil guide which changes the hop.

The Proforce M17 has the best safety features of a gun of its kind.

It combines a functional manual safety, a sliding catcher lever, and a takedown lever. With the three combined, you are assured of safety anytime you use this gun.

The safety lever covers and uncovers an indicator to illustrate the position in which the gun is at.

With the lever moved into the fire position, a red dot indicating that the gun is ready to fire is revealed.

Switching back the lever into the safe position covers the red dot to indicate that the gun is in a safe position.

This gun is available in two power options, a 12-gram CO2 cartridge and a green gas powered option.

The CO2 version has replaceable packs of 12 gram CO2 that you can purchase separately and refill when yours runs out. Changing the cartridge is smooth on the Proforce M17.

Moreover, CO2 gas loss is minimized when changing the cartridges.

The Sig Proforce M17 only weighs 48 ounces (3 pounds), something that enables you to hold the gun for long and ensures you get the perfect aim without getting tired.

Carrying the gun around in your holster is also easy. Additionally, the maneuver to place and remove the gun from the holster is smooth.

The Proforce packs a caliber of 6mm BB.

Combined with the light weight, the gun allows the user to quickly move to firing the next shot with ease. The length of the barrel also gives the gun a minimal recoil, thus allowing the user to shoot comfortably.

The Proforce M17 has two ranges of shot velocity depending upon which gas power supply you are using.

The magazine on the M17 packs 21 rounds, thereby reducing the need for frequent reloading of the gun.

The high capacity magazine provides you with prolonged shooting time at the practice shooting range.

As a matter of fact…

…with the 21 rounds loaded at a go, it is possible to enact long shooting drills that are common in the battlefield without interrupting the drill with frequent reloading sessions.

The M17 comes in a beautiful coyote tan finish that makes it appealing to hold in your hands. The materials that make up the body of the gun are a blend of a polymer frame with a metal slide.

The polymer frame is designed to offer you the space you need to firmly grip the gun and absorb the recoil after firing the gun.

Doing this Sig Sauer Proforce M17 Review is certainly as enjoyable as shooting with it!

The M17 is an innovative and amazing replica of the U.S. Army issued P320-M17 9mm pistol in look, balance, and handling.

Designed for training purposes, the gun is a powerful tool that you can get at an amazingly affordable price.

…this pistol is a great addition to your airsoft sidearm collection.

Whether for collectors or for beginners and seasoned players alike, we recommend this Sig Sauer Proforce M17 to anyone looking for some action in the field!

Last update on 2022-04-05
DISCLAIMER: Some or all of the product links on this page are affiliate links. The operator of this website receives a small commission if you purchase products through these links, HOWEVER, there is no added cost to you. These commissions help to fund the operation of this AirsoftNut.com. Note: Some images may be displayed from the Amazon Product Advertising API. 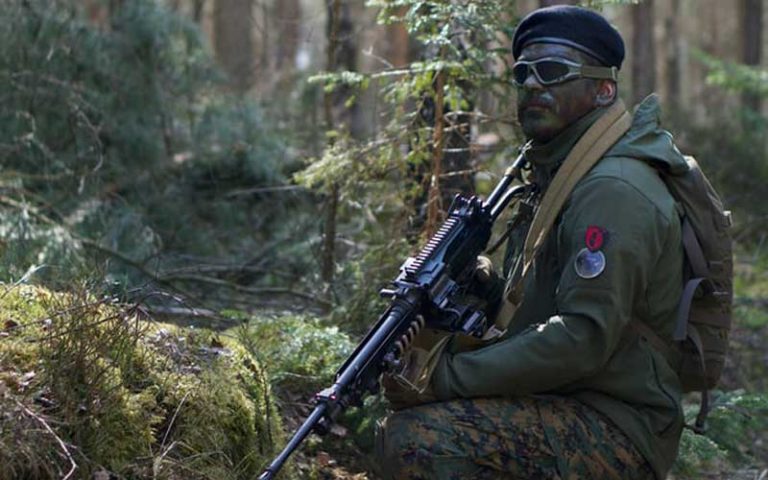 And we’ll make sure you do it without the headache that comes with maintaining a poorly manufactured sniper rifle since we researched hard – and what you’re about to see are the very best rifles on the market for 2023. 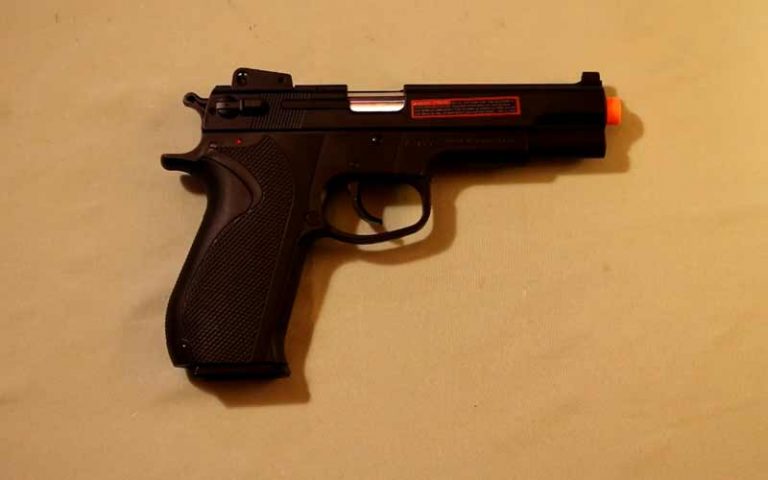 This is the Ultimate Airsoftnut Review of the Firepower Spring Powered Airsoft Pistol …
Spring powered airsoft guns are, most often than not, recommended as the best entry level weapons for complete beginners. 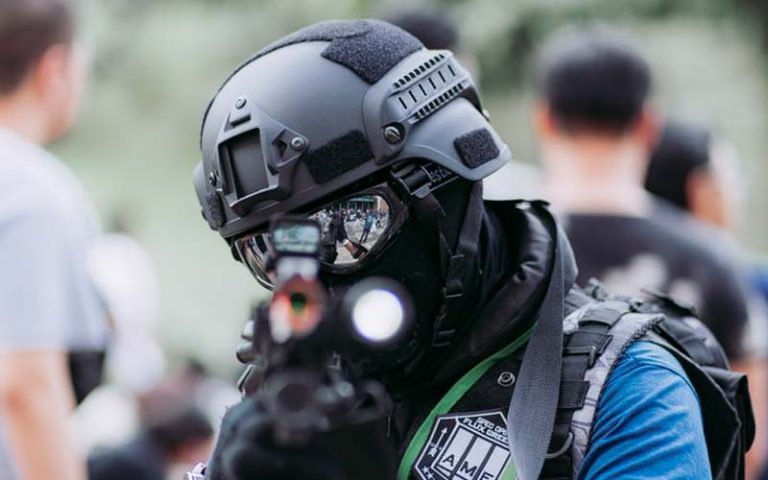 Owning a sniper rifle is your opportunity to play a unique role on your team. The average airsoft nut wants to become a sniper, but what does it take to snipe right?
First, you need a good rifle; otherwise, you’re just another shooter on the team. 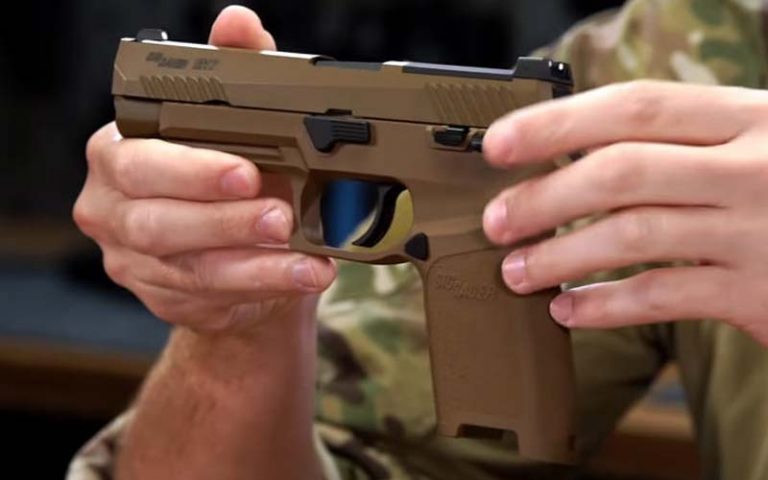 This is the Ultimate AirsoftNut.com Review of the Sig Sauer, SIG AIR, ProForce M17 Gas Blowback Airsoft Pistol for the year 2023
Do you want to level up your airsoft gaming? 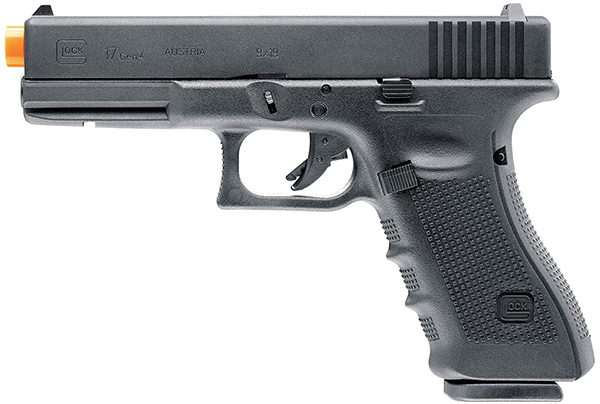 This is the ultimate roundup of the best green gas airsoft pistols.  Everyone has his own role in an airsoft match. You can be a sniper, a rifler, or a scout, but…

For an actual shooting experience, you need a rifle that packs accuracy, power, quality, and authenticity.
Well MB4401 Airsoft rifle doesn’t only do that, the steel effect, mag placement, construction, and firing mechanism make it feel like you’re handling a real gun at war.
And its one-piece precision is not just for its durability; it will improve your accuracy as a sniper. Plus, its sturdy and bendable barrel isn’t just durable; it will increase the precision of your shots, regardless of the BBs you’re using.