Should I Buy A CO2 Or Green Gas Airsoft Pistol? 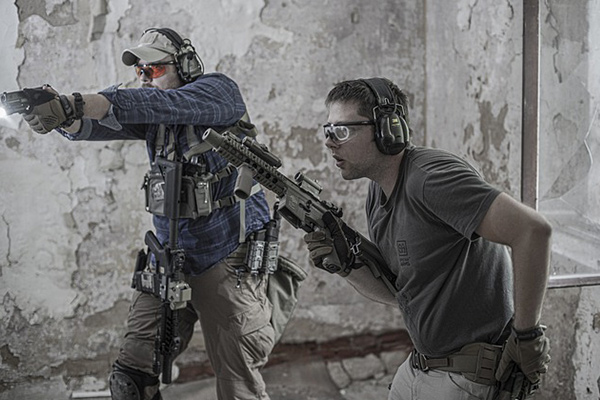 You might have your main weapon ready, but what about a sidearm? While some argue that you wouldn’t need a one, many still value the use of airsoft pistols in airsoft matches. When choosing your airsoft pistol, the age-old question of whether to choose green gas or CO2 to power your pistol seems to come up quite often. While they are mainly used as a sidearm in airsoft matches, they still play a valuable role when you play. For example, you can use it to cover yourself when trying to step away to reload or if you are a sniper and you need a weapon to use while looking for a new spot.

What is Green Gas?

Green gas is essentially propane gas with a lot more elements. Green gas is propane mixed with silicone oil to lubricate your gun as you shoot it. Although it doesn’t mean that you shouldn’t take your gas gun apart for maintenance. All gas guns must be cleaned and maintained at least once a season. Many of today’s most popular pistols are made to shoot with green gas.

CO2 is Carbon Dioxide. In airsoft, Co2 is used to power up pistols and other weapons. It comes in a twelve-gram cartridge that you can easily store in your pocket or in your pistol. The CO2 cartridge is inserted and punctured through your pistol’s magazine. Although they don’t normally come mixed with silicone oil, there are now some manufacturers that include it in their CO2 mix. 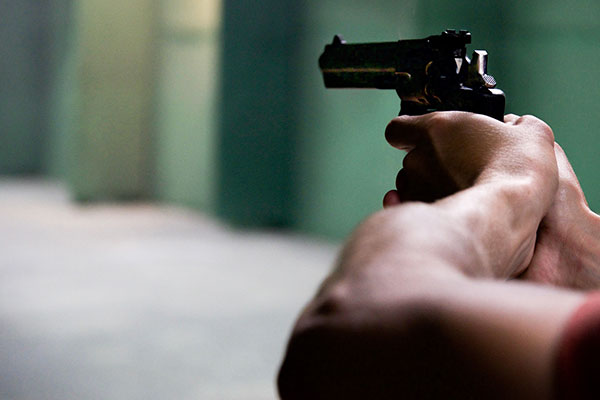 Generally, green gas and CO2 pistols are the same, their differences lie in the gas that you use. Here are some of their characteristics and what makes them different:

The way these 2 are stored is completely different. Green gas is stored in 16oz cans at 100 psi. CO2 is stored in 12-gram cartridges at 800 psi. It doesn’t mean that CO2 will shoot eight times more than green gas. It’s a little more complex than that.

When you shoot green gas, most often than not they will shoot in between 290-330 FPS while CO2 will shoot at 400 FPS. CO2 pistols have more consistency in velocity than green gas. Green gas pistols will instantaneously diminish in power the moment you start sooting and constantly go down until your gas chamber runs empty. CO2 on the other hand will keep its velocity until the end. Green gas guns will also almost always be field legal rather than your CO2 pistols that shoot more than your average pistols, it may still need some adjustment.

When shooting fire in rapid succession with a green gas pistol, the gas and the magazine will get really gold and will lose a lot of its power. CO2 is less affected by that cooldown effect and will do better in colder temperatures and on colder months. However, there are modern green gasses that can are efficient enough colder weather, especially when running specialized gasses.

Propane Gas As An Alternative

It’s true that green gas is propane. So there is no reason for you not to use propane on your airsoft pistol. It is the cheapest among the gas options but it has its drawbacks. Propane cans are not field-ready, meaning their nozzles will not fit where you would normally fit your green gas nozzle. You may need to buy extra accessories like an adaptor to be able to fill your magazine with propane. You may also need to buy some silicone oil to keep your pistol lubricated because regular propane gas will not be mixed with it and may damage your weapon if not lubricated. I don’t like to use propane due to the modifications needed and the potential of damaging my airsoft pistol.

What Are The Advantages And Drawbacks Of Green Gas vs CO2?

While they may have quite a few differences, which of those are good and which are the ones that you need to look out for?

Summing it all up, your need for an airsoft pistol is completely up to you. In the event that you do need one, green gas would be the better option for pistols as most of the sought after pistols run on green gas, and for good reason. While CO2 does perform better in some instances, longevity and ease of use go to green gas. Although there are some models of pistols that run on both gasses. You can pick that up and try both and see what fits you best. If you want to save a lot on firepower, propane gas is easily obtainable but it may cost you more upfront, it will save you a whole lot in the long run. However, they do have higher risks when they are used on your pistols. Whichever one you choose, make sure to properly maintain your airsoft pistol so you can use them for a long time.

We are a group of airsoft fanatics that love the sport, camaraderie, and excitement that airsoft provides. We developed this website with the intent to give others the insight they need to purchase the best airsoft gear possible.

We are a participant in the Amazon Services LLC Associates Program, an affiliate advertising program designed to provide a means for sites to earn advertising fees by advertising and linking to Amazon.com. Airsoft Nut also participates in affiliate programs with AirsoftStation, Clickbank, and other sites. Airsoft Nut is compensated for referring traffic and business to these companies.